It’s getting to the end of term which for lots of people including me is a super busy time (which is why this short roundup is a week behind!)

Here’s a link to this week of the course

Principle 5 is described as ‘a deep integration of performing, composing, listening & personal creativity.’ Emily Wilson in her two videos gave us some background on music education and the creative music movement. Before discussing the idea of “a continuum of creativity”…

“A greater focus on composition and improvisation has been appealed for more widely as… it locates students as active participants and creators, rather than consumers and re-creators of other musics. This also acknowledges students musical cultures”

Emily also talks about her musical education growing up and through becoming a teacher, with strong links to the concept of Bimusicality introduced in week 2.

Finally Emily talked about her recent PHD research, starting by clarifying that any principle or approach (for example informal learning) is only one part of a teacher’s practice. Her research asks the question: What are teachers doing in the whole of their practice to engage students? 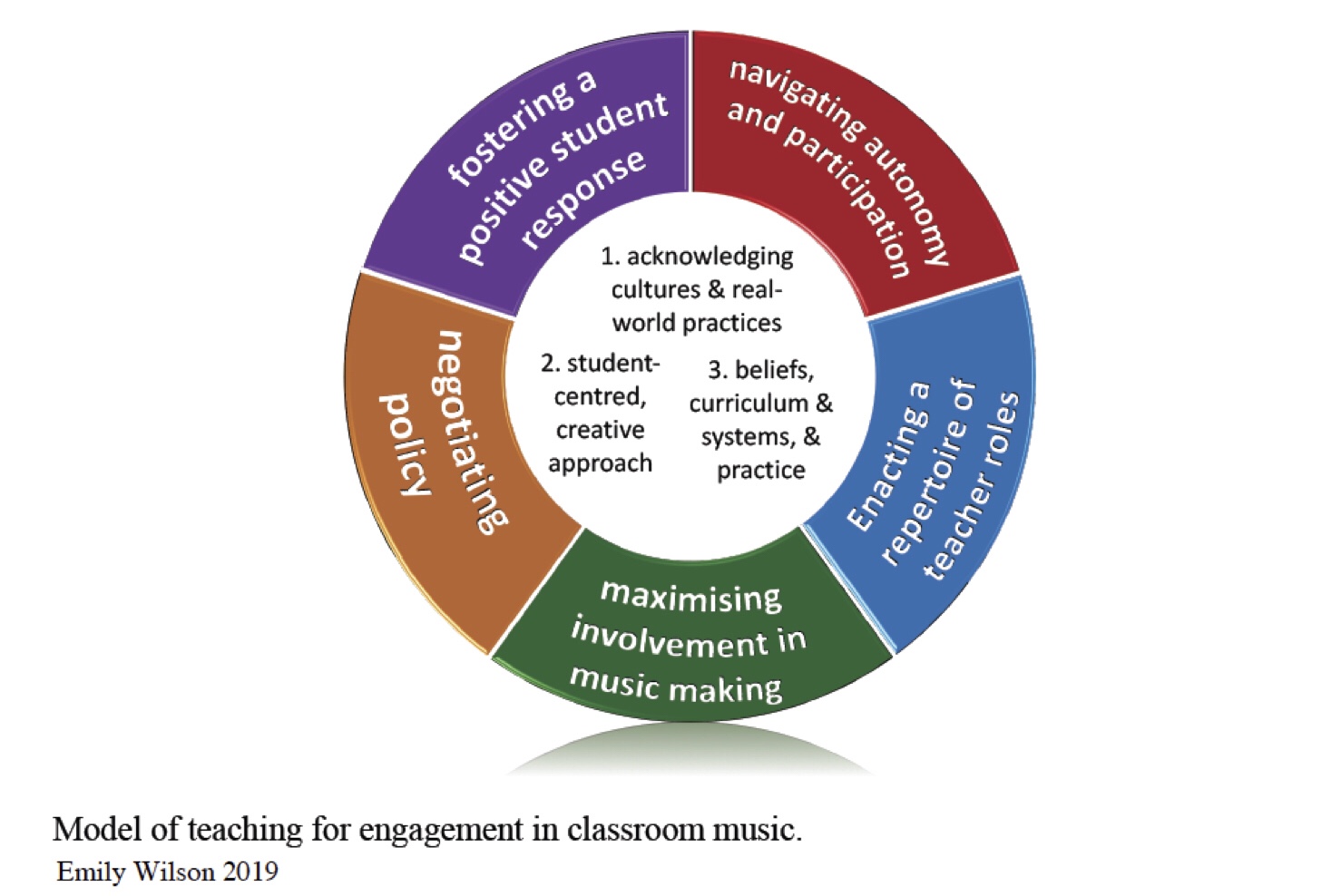 When teachers include composition and improvisation this reflects both a student centered creative approach and real world learning practices of popular musicians. Also provides greater autonomy over selecting repertoire “when they were creating the repertoire they were positioned as curriculum makers”

As Danielle in her blog for this week writes “there will always be many ‘seat of the pants moments when you write… music with students… but as Clara Shumann said, “there is nothing greater than the joy of composing something oneself and then listening to it”.

“I wouldn’t naturally term myself a ‘composer’.” Doesn’t sound like it’s stopped you getting creative with your students. I wish I was in your lessons #MFlearn19 #musiceducation #musiced #musedchat #musicalfutures #StayInBangkok https://t.co/ClVcMSzfFF

Our readings for the week centred on creativity. Firstly a post from Peter Webster who writes that “the importance of western concert music beautifully performed by school ensembles is to be celebrated and must continue. But there is a price to pay if this is not blended with other ways of making music..

With more meaningful examples of real music learning they encourages reflection and creative thinking”. The second article is a lengthy piece on Musical Creativity as a Practice, that argues for th need to take a new approach to music education that promotes “practices that directly develop creativity”